Located at the northwestern coast of Borneo is the Malaysian state of Sarawak. Its capital city of Kuching is best known as the City of Unity for a very good reason. This populous city is home to Malays, Chinese, Indians, and other ethnic minorities. With all these ethnicities living together in harmony, the city is a wonderful example of openness and multiculturalism. Indeed, you can even experience being welcomed and greeted in multiple languages in certain places. When visiting this part of Sarawak, an in-demand Kuching tour package usually includes a hotel near one of the city’s famous heritage sites, museums, mosques, and other cultural attractions. However, the usual spots may not be a hit for every tourist. If you’re the type who’s more interested in finding the city’s hidden gems, make sure to check out the following places:

Whenever you visit a city and you want to taste authentic local food, chances are you can find them where the locals tend to enjoy them: at the market. In Kuching, MJC Pasar Malam is where the real street food and Sarawak cuisine can be found. This market comes alive every Thursday and Friday, when the sun begins to set at 2 PM.

If you come early, you’ll also get a chance to see different produce unique to the region such as longans (locally known as Mata Kuching), Sarawak apples, pea eggplants, stink beans, and more. But when the sun goes down, the food stalls begin to set up their wares. By this time, you’ll be able to sample different satay meats on sticks that are fried or grilled. It’s an ideal place to go for some authentic Kuching street food.

Open from Friday to Sundays, the Siniawan Night Market will satisfy your hunger and curiosity with its unique delicacies, starting with the Pitcher Plant Rice. But don’t worry; this pitcher plant is not the carnivorous kind, but a vegetarian variety that eats only fallen leaves.

The market is usually decorated with Chinese lanterns and has a small village vibe that results in a great laid-back atmosphere. It’s also not too crowded since it’s about 40 km from the city centre. Here, you can taste different samples of Malay, Chinese, and Dayak cuisine that are prepared fresh every day.

Coming in at around 2,700 hectares, Bako National Park may be Sarawak’s smallest park, but it’s also the oldest. This park has a variety of different landscapes and is even highly biodiverse. The most interesting animal species in the park is the adorable but endangered proboscis monkey that is endemic to the island and can be found nowhere else in the world.

The forest is also home to other species of monkeys like long-tailed macaques and silvery lutungs or silvered-leaf monkeys. You can also spot bearded pigs and an assortment of tropical birds perched on centuries-old tree branches.

Visitors have the option to take a day’s worth of trekking or just a short trail that can be done in a few hours. And should you choose to stay for a night or two, the park also offers accommodations for visitors.

If you’re looking to take in a lovely view without having to go far, you can take a walk along Kuching’s newly renovated promenade. Though it had become an industrial area with unsightly warehouses, several projects have helped to transform the waterfront into a more scenic area. Today, it’s also known as a romantic and chill place to meet and hang out—especially at night when the lamplights are lit. And from across the river, you’ll have a wonderful view of the Astana as well as the Fort Margherita and the new iconic Kuching structure: the Sarawak State Legislative Assembly Building.

You can buy your souvenirs and other artefacts from the many shops that line the Main Bazaar, the oldest street in Kuching. These shops have been passed on from generations of the same Chinese families over a century, preserving traditional crafts such as tinsmithing, weaving, jewellery making, carpentry, and more.

Kuching is truly an amazing city to visit. However, it has something important beyond its historic buildings, impressive food, and verdant surroundings. Indeed, being the home of many people of all cultures, religions, and backgrounds has created an inviting and friendly vibe that makes this city such a great place for everyone. 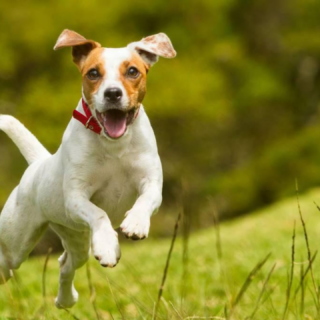