While many Chinese steamed dumplings are solid inside, Xiao Long Bao (XLB) is unique in that it is filled with steaming hot broth instead. The bite-sized dumplings, introduced in China in the middle of the 19th century, are popular in their country of origin as well as numerous other countries around the world.

The broth inside contains aspic and chefs sometimes mix it with crab or ground pork. Servers at restaurants present XLB to diners in the same bamboo steamer that the chef used to prepare them.

As the popularity of XLB spreads, food industry entrepreneurs are scrambling to open new restaurants to capitalize on this trend. Below are just some of the many new or upcoming restaurants that will make XLB an integral part of their menus.

When it opened in September of 2016, a restaurant called Drunken Dumplings located in New York’s East Village was the first to offer the XL Xiao Long Bao. This supersized offering is like the Big Mac of American fast food. Rather than the bite-sized morsel of an appetizer that diners are accustomed to, the XL XLB is a mega dumpling served in a bowl. Although it has attracted huge interest, restaurant owner Yuan Lee has had to limit the creation and serving of this extra-large dish to just 25 per day due to the time and labor intensity it takes to create a single piece.

Paradise Dynasty to Open Restaurant in Los Angeles in Early 2019

However, its most famous dish is a dumpling featuring black truffles, foie grass, and dough with a black hue. Although it will be entering a popular restaurant market, the Los Angeles area is not yet saturated with eateries serving XLB and it many variations.

Paradise Dynasty looked to a mega restaurant chain called Din Tai Fung for its inspiration. Din Tai Fung currently operates 160 Chinese restaurants worldwide with 11 of them located in the United States. It also plans to infiltrate the West Coast of the United states with new restaurants planned for San Diego, California and Portland, Oregon.

In late 2017, former food blogger Jasper Shen opened the aptly-named XLB Restaurant in Portland, Oregon. Unlike many of his competitors who serve an Americanized version of popular Chinese dishes, Shen personally ensures that each item served by his restaurant is authentically Chinese. He does this so his relatives from China will approve of the food and because he remembers Americanizing the dishes when he worked in the Chinese restaurants of his uncles as a boy. His restaurant also offers several other authentic Chinese dishes including stir fries and mushrooms, black bean noodles and seafood, and steamed boas with pork or cabbage.

With more new authentic Chinese restaurants that serve XLB popping up all the time, it’s clear that the real winner is the American diner looking for a non-traditional experience. 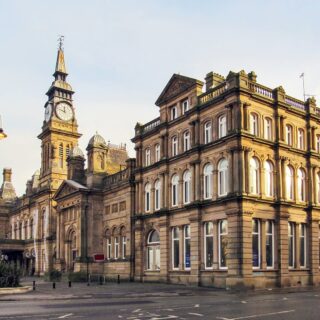